Women’s Throats Cut, Brides Raped During Their Wedding And A 2-Week Old Baby’s Head Cut Off By Albanian Scum Warlord Haradinaj As France Holds Back On Extradition !

Serbia has sent additional evidence against former leader of the paramilitary formation KLA Ramush Haradinaj” to France. Previously, French legal authorities received concrete evidence about brutal KLA crimes, “including the worst: the beheading of a 2-week old baby in the town of Djakovica in 1999, and the rape of an underage ethnic Albanian girl,”. 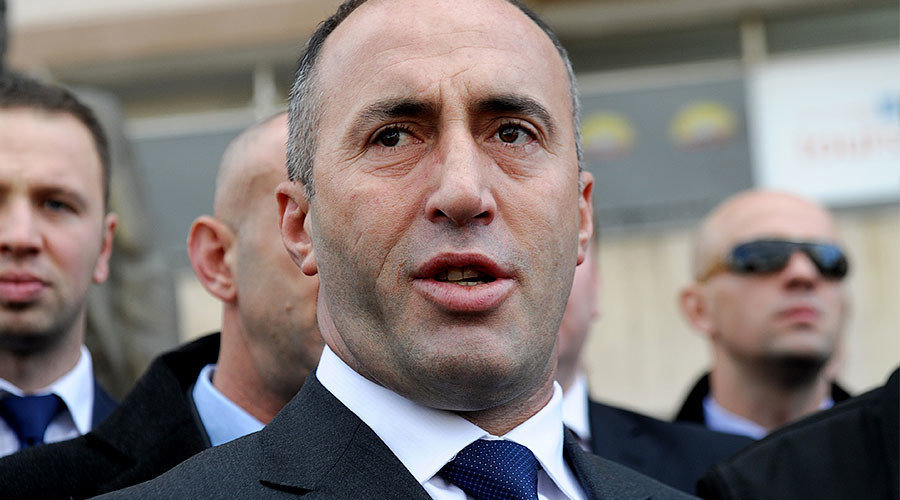 Belgrade media reported this a day after a French court postponed for a second time its decision on Serbia’s extradition request for Haradinaj, wanted on charges of war crimes committed in Kosovo in 1998 and 1999.

Among the crimes detailed in the documentation that was added to the previous evidence are witness testimonies about police officers buried alive, women whose throats were cut, brides raped during their wedding.

Deputy (War Crimes) Prosecutor Dragoljub Stankovic has been working for years on collecting the evidence against Haradinaj, along with Acting Prosecutor Milan Petrovic, and former Prosecutor Vladimir Vukcevic, writes the newspaper.

According to the article, among the evidence sent to France is that about two Serbian policemen kidnapped in Kosovo by KLA (“Kosovo Liberation Army”) members under Haradinaj’s command, who “used knives to cut off parts of the officers’ bodies, and then buried them alive in the sand up to the neck, and urinated on them.”

Another case of the alleged KLA atrocities concerns the kidnapping of two elderly women who were taken to an unfinished house in a village where KLA members “mistreated and raped them,” writes Blic.

Other women were kept and raped in the same house. One of them was shot to the head and killed, while others were taken to a different location where, according to the findings of pathologists, their throats had been cut.

According to the report, there is also evidence that an ethic Albanian wedding party was stopped and accused of “collaboration with Serbian police and army.”

The party was then taken to a basement of a hotel where they were tortured. The women, including the bride, were raped. The tormentors cut off one of the men’s ears, and then placed it in the mouth of his cousin.

Previously, French legal authorities received concrete evidence about brutal KLA crimes, “including the worst: the beheading of a 2-week old baby in the town of Djakovica in 1999, and the rape of an underage ethnic Albanian girl,” writes Blic.

Serbia’s Justice Ministry has sent over 100 pages of additional evidence against Haradinaj to the appeals court in Colmar, France, Minister Nela Kuburovic said on Thursday.

The goal is to “demonstrate that Serbia is not charging him with the crimes he has been acquitted of by the Hague Tribunal (ICTY).”