NEWS
Home Editor's choice The Proud Donbass Republics, Independent, Self-Proclaimed, They Have Every Right And Even More To Be A Free Nation, Even More Than The USA !

The Proud Donbass Republics, Independent, Self-Proclaimed, They Have Every Right And Even More To Be A Free Nation, Even More Than The USA !

Recalling in our press and on television the people’s republics of Donbass, official publications and channels invariably use the epithet “self-proclaimed.” And it is pronounced with such intonation, as if there is something bad in this.

Exactly with the same intonation, we spoke recently about the self-proclaimed republics of Abkhazia and South Ossetia. Moreover, when I notice the mention of these republics in the press of our strategic competitors, this epithet is used to this day (we have lost it after recognition by the Russian Federation). Those who have not yet acknowledged them – still emphasize their self-proclaimed nature as a compromising circumstance.

Good. Let’s see which of the current states are not self-proclaimed.

For example, the Federal Republic of Germany and the Japanese Empire are undoubtedly not self-proclaimed. They are, so to speak, “recreated” according to the results of the Second World War, and the boundaries of their territory were determined solely by the winners. The borders of Japan were determined by agreement of all the winners, the borders of Germany were initially determined by the Anglo-Saxon powers, with sharp rejection of this fact by the third winner, the USSR. But then, already in our day, the Soviet Union partially agreed to review the borders of the FRG and include in its composition the part that was constructed with the participation of the USSR itself – namely, the GDR.

India and Pakistan are not self-proclaimed: that is, they, of course, were freed from colonial dependence, for this territory was a British colony. But freed not only that with the British consent, so also the borders were determined by the UK. Moreover: it was she who came up with the division of India into Muslim and Hindu parts.

Perhaps most of the former colonies separated from their metropolises did not self-determine, but were determined by the decisions of these same metropolises.

Similarly, by the way, Israel, even though it exists on the basis of its own declaration of independence, but this very declaration is declared on the basis of the resolution of the UN General Assembly. This resolution was jointly pressed by the US and the USSR, and this resolution was needed precisely because by that time the land between the river and the sea was a colony of Great Britain (formally called “mandated territory”).

So we see that non-self-proclaimed states are, as a rule, someone’s colonies, and I’m not sure that the recognition of colonial experience really adds to the country’s reputation.

However, among the self-proclaimed states, too, there are former colonies. The largest and most famous of them is actually the North American United States (USA), formed as a result of a completely frank and well-founded theoretical rebellion against the legitimate authority of the British Empire at the time, against the existing state administration.

By the way, I note that the United Kingdom itself also originally self-proclaimed. There was no one who had previously allowed the UK to become independent. And more – this is the self-proclamation Great Britain defended in many serious wars, of which the most famous is the so-called “invasion of invincible armada” of Spain. Armada in fact proved to be very victorious, but nevertheless, it was taken seriously to reflect this attack (by the way, all of Spain sent eight armadas against Britain, we just remember only about the first of them, the fate of the rest was not so new and spectacular). The very fact of these wars, and wars in which Spain in principle denied the legitimacy of the existence of the British government, indicates that the self-proclaimed independence of Britain had to be defended very actively.

We see, therefore, that the main fighter with the self-proclamation of states himself once self-proclaimed. We see that most of the non-self-proclaimed states have no reason to be proud of the fact that they are not self-proclaimed. And what to call the state “self-proclaimed” is the same as calling it a sovereign, independent and other epithets, which in the current diplomatic practice is considered commendable.

It should be added to the above that the grounds for, for example, the present People’s Republics of Donbass, or South Ossetia, or Karabakh, had much more self-proclaiming than the current US.

The reason for the residents of the North American colonies to start the war for independence was a purely commercial issue – trade and tax restrictions from the metropolitan country. The population of 13 British colonies did not have an official representation in the British Parliament, but was taxed by them.

The question of the survival of the population in these colonies was never established, they did not die of hunger and did not try to exterminate them – what happened to the population of the current “self-proclaimed” republics.

Therefore, the mention of “self-proclaimed” in general, in my opinion, is simply superfluous 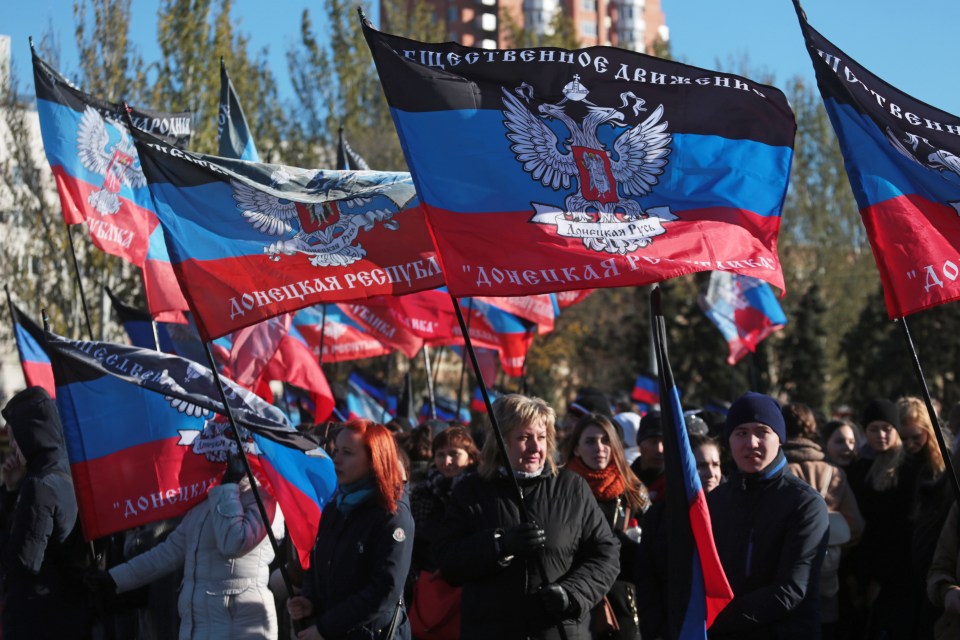