NEWS
Home Culture and sport Why Is Malorossiya A Better Idea Than Ukraine, It Actually Stands For Peace, To Stop War, Away From The Nazi Ideology, So Why Is The EU And NATO Against It ?

Why Is Malorossiya A Better Idea Than Ukraine, It Actually Stands For Peace, To Stop War, Away From The Nazi Ideology, So Why Is The EU And NATO Against It ?

We propose a new plan, a reintegration plan for the country,’ said Alexander Zakharchenko. ‘We offer all Ukrainians a way out of the war through re-establishment of the country, this is a peaceful way out’.

As The Title For This Story ~ Why Is Malorossiya A Better Idea Than Ukraine, It Actually Stands For Peace, To Stop War, Away From The Nazi Ideology, So Why Is The EU And NATO Against It ~ ZN 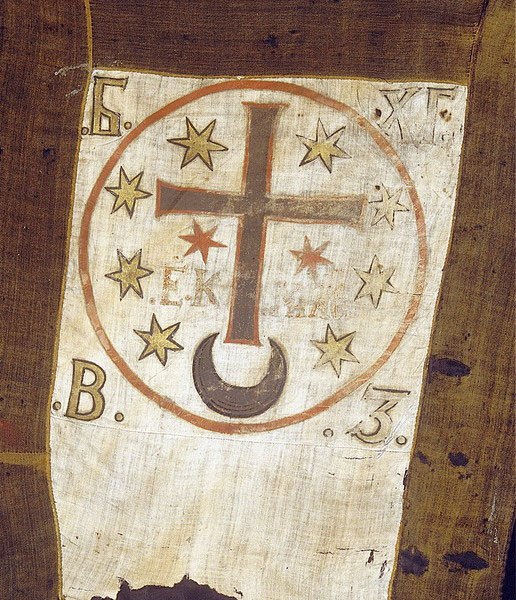 After the first condemnations of the Donetsk initiative to create a new state of Malorossiya (Little Russia) sounded from Ukraine, Kiev, Brussels, Berlin and Paris, it is worthwhile to take a closer look at this idea: it is, in fact, a scenario for the creation of a unified country, an alternative to the Kiev’s one. Is it not what the Ukrainian authorities have been preaching for three and a half years, both at home and in the West? Is it not the format of a single country that the UN, the OSCE, the State Department, the European Committee, the European Parliament, the European Union, the European members of the “Normandy format” support with such fervor?

Then for what reason, in fact, is this storm in the glass and the universal panic? What was said in Donetsk on July 18, 2017, which caused the Kiev regime to go berserk, and its foreign partners to signal SOS and deafeningly express their concern?

The constitutional act proclaimed in Donetsk states that in February 2014, a coup d’état took place in Kiev, and the coup plotters who committed it have no legitimacy. Naturally, the organizers of the coup will object to this, frothing at the mouth, but Germany and France, and at the same time Poland, had better recall the agreement of February 21, 2014, which was signed in Kiev between the legitimate authorities and the opposition, and whose guarantors were Berlin, Paris and Warsaw. The document was signed by respected people, including the current German president, Frank-Walter Steinmeier.

As for the legitimacy of the current Ukrainian authorities, which was allegedly ensured by the 2014 elections that took place after the putsch, in the Lugansk and Donetsk regions, 3.4% of voters participated in the presidential elections of Ukraine, less than 180 thousand people out of 5.2 million. Who then dares to say that Poroshenko has legitimate authority in Donbass? It was exactly the same situation with the parliamentary elections. Example? Here it is: in the district, where over 165,000 voters live, the winner was the candidate who got as many as 1454 votes, while Kiev recorded a «victory» with the result of 72.7% of the vote. How is this possible? It’s very simple: about 2,000 voters, or 1.2%, took part in the voting. Moreover, this district included territories where no elections to the Ukrainian parliament could have been held at all, for example, the Kiev district of Donetsk and the city of Yasinovataya.

If the Western partners of the Kiev regime really inquired about the results of the 2014 elections, neither Washington nor Brussels would have remained in doubt: there was no democracy, but the dirty rigging of the voting results in the form of blown percent, was obvious. And the legitimacy of power, respectively, the same – blown. Therefore, the authors of the Donetsk constitutional act are absolutely and completely right, declaring the illegitimacy of the putschists who illegally seized power in the state.

Similarly, they are right in the fact that ‘the very name’ of Ukraine ‘has discredited itself’: under Petliura’s yellow-and-blue flag, lawlessness has been going on for three and a half years. Moreover, the authorities profess the ideology of the Ukrainian state proclaimed by the Organization of Ukrainian Nationalists (Bandera’s OUN) in Nazi-occupied Lvov on June 30, 1941. The proofs of this “continuity” are plenty – the Ukrainian Institute of National Memory (the executive body, by the way!) produces them every day.

The scenario that Kiev offers Donbass and the entire South-East is either “United Country” in the image of Bandera’s Ukraine with annual torch marches on January 1 (the birthday of Stefan Bandera) and Shukhevych avenues, or the ATO in an updated format. Ukraine has nothing else for the rebel territories that refused to live on the Nazi order. However, for some reason, there is no concern about it in Europe and the United States, although the inferiority of this approach lies on the surface: Donbass is offered a state that was actually re-established on February 22, 2014, with the official ideological doctrine that is unacceptable to the local population and can be imposed only by force. Democratic Europe and even more democratic America strongly support such an approach. At the same time, they believe that only putschists have the “right” to form a vision of the present and future of Donbass and the whole country.

What they really form is the “ATO”, “CADLR” (certain areas of the Donetsk and Lugansk regions), “NATO”, the hybrid war, the de-occupation, the martial law,  the Croatian scenario, the military operation, Muscovites to knives, Death to the enemies, Death to the Muscovites, Turn in a separatist … Such is the impressive semantic range of the United Country, presenting the ideological face of the new regime! Since the announcement of the ATO, these meanings are supported by the murder of the inhabitants of Donbass and the destruction of their lives. Because under the current government, Kiev is unable to offer another future to the east of the country: either the Banderite Ukrainian state, or the war.

Then, on July 18, 2017, Donetsk announces an alternative scenario: a united country, but Malorossiya not Banderite Ukraine. At the same time, the semantic range is completely different: “peace’, the ‘cessation of the war”, a “non-alignment status”, the “condemnation of Nazism and Bandera ideology”, the “state of emergency” (but not the martial law or the ATO!). According to the authors of the idea, Malorossiya is the successor of Ukraine which existed until February 21, 2014.

It is clear why in Kiev, in the ranks of the putschists, a terrible panic arose, as they do not and can not have a place in Malorossiya. In addition, the alternative scenario for resolving the Ukrainian conflict deprives them of their ground: Donetsk offers peace through re-establishment of the state, but not through an armed coup – through a constitutional assembly of representatives of all the regions, the creation of a new independent state instead of the discredited Ukrainian state and the adoption of a new constitution. A social contract instead of the war. The civil consent instead of the armed confrontation. Naturally, with this approach, there is no question of any separatism: Donetsk clearly and unambiguously declared a united country, but this country is not the successor of the Ukrainian state of Stefan Bandera.

I wonder whom, except for the putschists, the idea of proclaiming Malorossiya might not suit? The UN? The OSCE? Frank-Walter Steinmeier? Angela Merkel and Emmanuel Macron? Vladimir Putin? Donald Trump? Why can not the “commitment to the Minsk Agreements”, the chronic failure of which allows the Ukrainian state to continue its war against the “CADLR”, give way to a broad dialogue that can stop this war, leaving both the Ukrainian state and the “CADLR” in the past? What do they not like – the new name of the country, the flag of Bogdan Khmelnitsky or the personality of Alexander Zakharchenko, from whose mouth the world learned about the idea of establishing Malorossiya?

One way or another, but it is not only Stefan Bandera and his contemporary followers, who can proclaim their “Ukrainian states” on the Malorossiya lands.