Award-winning Serbian director Emir Kusturica says he considers President Vladimir Putin to be responsible for making Russians proud of their culture and history once again, explaining why he holds the longtime Russian leader in such high regard.

The renowned movie film director hailed Putin for his efforts to rebuild Russia, which he believes have reinstalled Moscow as a strong and independent power in the world while instilling into its people respect for their heritage which seemed to have been lost in the tumultuous 90s.

“I am very much fond of Putin’s gentleman-like stand, the way he raised Russia from the rock bottom it hit during Yeltsin’s time in power and set it back on its feet, the way he made people proud of their history and culture again,” Kusturica said.

The director conceded that he often comes under fire for not hiding his favorable attitude towards the Russian leader. Even a pro-Putin joke can these days cause a stir, Kusturica says, adding, that once he drew a barrage of criticism for saying that he was ready to let Putin station missiles on his private balcony.

“After that I even had a conversation with my wife, during which I told her it was a joke. But there were also those, who subjected me to furious attacks, genuinely believing that it was really possible,” the director said, lamenting that the world is becoming a bleak and deadly serious place with no room left for “a good old past century joke.”

The Bosnian-born filmmaker pointed to the deep cultural and social affinity between Serbia and Russia. “Look at the history, how [Russian Emperor] Nicolas II entered into the WWI because of Serbia, how well Russia understands us, how much we mean for each other at the cultural level, how we share the same orthodox values,” Kusturica said.

In particular he believes that preeminence of the common good over the pursuit of an individual, selfish need as what distinguishes both the Serbian and the Russian nations from the West.

“Serbia and Russia stick to the principles of collectivism, we regard our history and future from this point,” Kusturica said, adding, that while the West might have achieved economic progress by following the exact opposite set of values, he sees it as a society where man is man’s wolf.

Last year, Kusturica was awarded Russia’s Order of Friendship by Putin for promoting friendship and strengthening cooperation between the people of Russia and Serbia as well as popularizing Russian language and culture abroad. 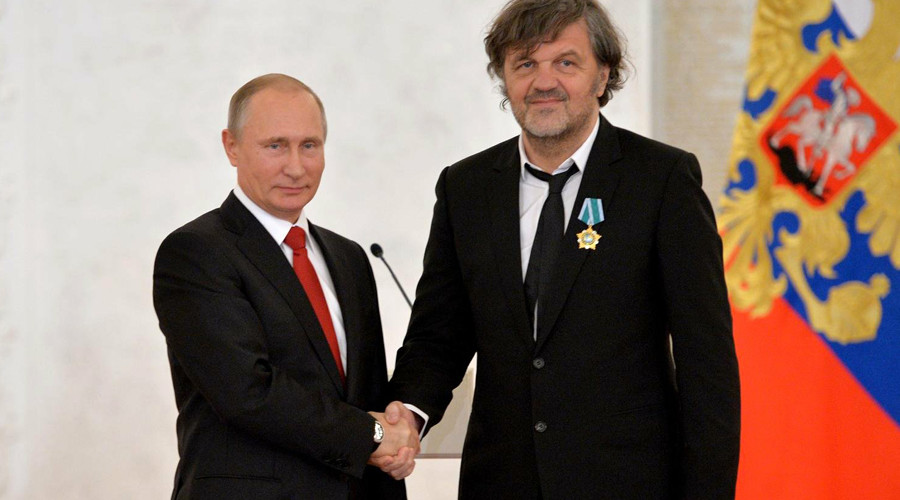