NEWS
Home Editor's choice The Nazi Ustasha Alive And Well And On The Rise Again In Fascist Croatia As A Memorial Plaque With Fascist Slogan Installed Near Jasenovac WWII Concentration Camp ! (PHOTOS)

The Nazi Ustasha Alive And Well And On The Rise Again In Fascist Croatia As A Memorial Plaque With Fascist Slogan Installed Near Jasenovac WWII Concentration Camp ! (PHOTOS)

Serb politicians have condemned a memorial plaque with a fascist slogan which was installed by Croatian war veterans and right-wing politicians near the Jasenovac WWII concentration camp.

Serb politicians in Croatia and Serbia on Sunday strongly criticised former members of the Croatian Defence Forces, HOS, and right-wing politicians for installing a memorial plaque with the Croatian World War II fascist Ustasa slogan ‘Za dom spremni’ (‘Ready for the Home(land)’) near the site of the former Ustasa concentration camp at Jasenovac. Croatian weekly newspaper Novosti reported on Friday that the politicians and an association of former HOS fighters installed the plaque with its legally registered coat of arms, which includes the ‘Za dom spremni’ slogan, in November in the Jasenovac municipality, near the former concentration camp.

The plaque veterans commemorates 11 fighters from the HOS’s ‘Ante Paradzik’ company who died during the 1990s war.

Serbian Labour Minister Aleksandar Vulin said the incident was part of a “process of awakening of fascism in Croatia which has lasted for years”.

“It is clear that no Serb can see such news without deep sadness and without feeling disgusted, ashamed as a human being,” Vulin said on Sunday.

“Will we allow the darkest, most terrible forces that have ever existed in this region to return?” he asked.

Croatian MP Milorad Pupovac, a leader of the country’s Serb minority, said that that a month had passed since the plaque was installed and there had been no reaction from senior Croatian officials, the police or the state attorney’s office.

“To date, none of the representatives of the relevant authorities responsible for the [state’s] constitutionality (Croatia is a successor to the State Anti-Fascist Council for the National Liberation of Croatia) and legality (the ban on showing and glorifying Nazi insignia, and insulting the victims of genocide) have reacted. No one,” Pupovac wrote on Facebook on Sunday.

Pupovac asked sarcastically if “the tolerance of insults and the denial of the victims of death camps like Jasenovac” would become the focus of the annual commemoration at the Jasenovac site.

Julija Kos, a retired librarian from the Jewish community in Zagreb, whose relatives were killed in the camp responded with a long letter  in which she called on President Kolinda Grabar Kitarovic, Prime Minister Andrej Plenkovic and Interior Minister Vlaho Orepic to take action over the plaque.

“You [Plenkovic] won the elections by attracting moderate voters of different orientations, and you consciously sacrificed some of the [right-wing] ‘hawks’ in your [party’s] ranks – was it just an election trick? Is that only an external gloss, but under that there is… still a rotten extreme right?” Kos wrote in the letter.

However, controversial former culture minister Zlatko Hasanbegovic told regional TV network N1 that ‘Za dom spremni’ was engraved on the plaque as part of the legally-registered HOS coat of arms.

Hasanbegovic rejected suggestions that it was similar to engraving ‘Sieg Heil’ near the site of the Auschwitz death camp, and insisted that the plaque was not even near the former Jasenovac camp.

“You can’t identify [the municipality] with the memorial area. Imagine the whole place being burdened by the crimes. Jasenovac is a town,” he said.

The HOS was founded in 1991 at the beginning of the war in Croatia as a paramilitary unit and the military wing of the far-right Croatian Party of Rights, then integrated into the regular Croatian Army in 1992.

Under the rule of the Nazi-aligned Independent State of Croatia between 1941 and 1945, Serbs, Jews and Roma were persecuted under racial laws modelled on those of Nazi Germany.

According to research by the Jasenovac Memorial Site, 83,145 Serbs, Jews, Roma and anti-fascists died at the concentration camp during the war. 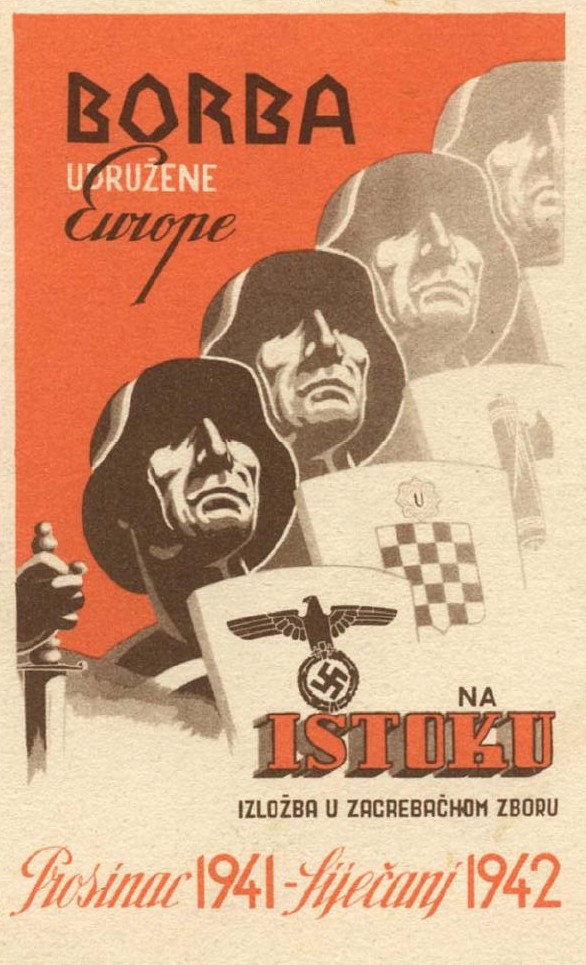